Follow the grim tale of young Amicia and her little brother Hugo, in a heartrending journey through the darkest hours of history.
$44.99
Visit the Store Page
Most popular community and official content for the past week.  (?)
A plague tale vs The Last of Us
Who win ?
22 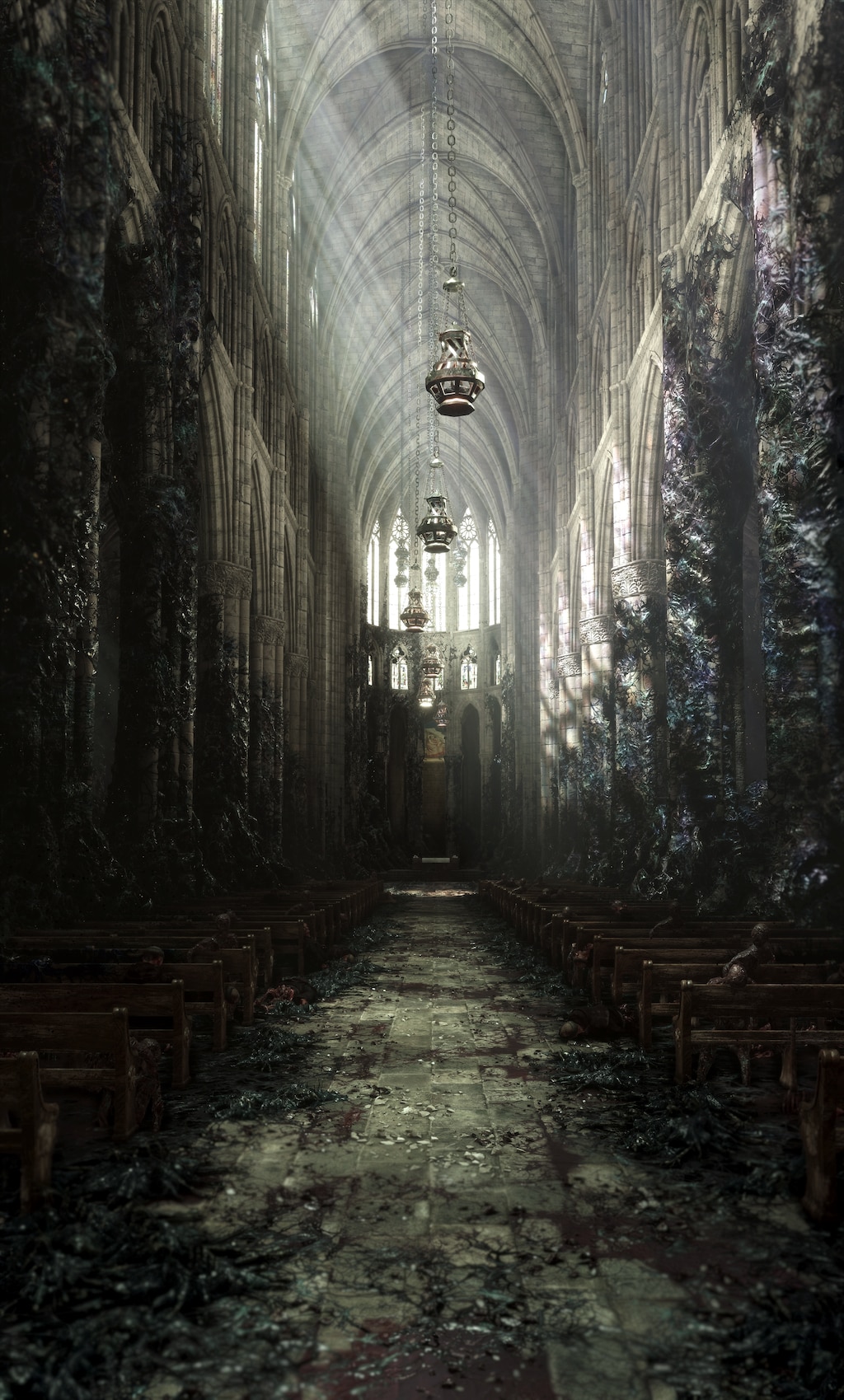 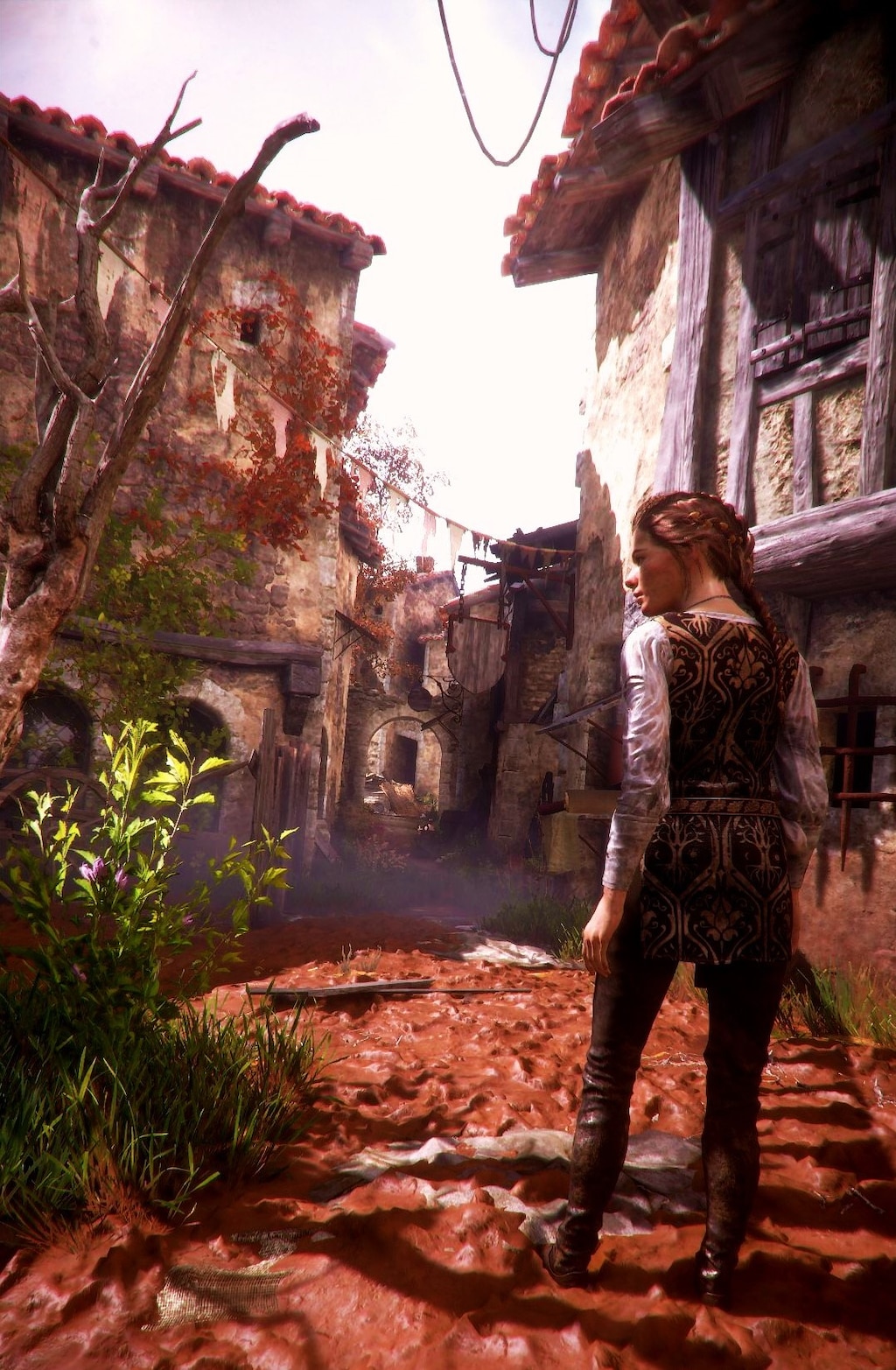 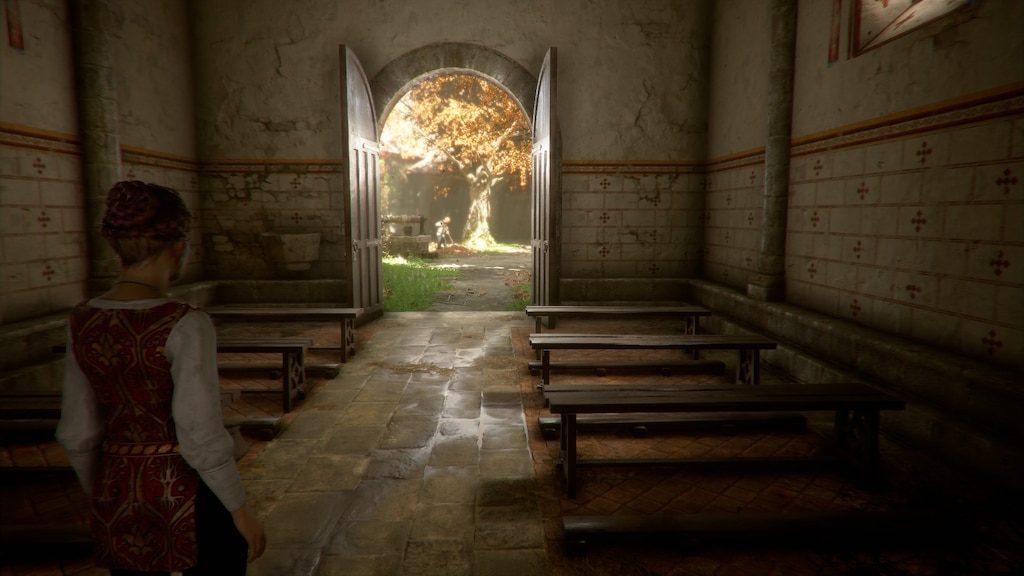 Endangered Children
A Plague Tale: Innocence is about children in danger in a world where adults have failed them. Set in 14th century France during The Black Death, the game uses both the external forces of the setting, and the internal parts of its plot, to generate sincere elements of dread and intense sadness. The characterization is some of the best in video games of recent years. So much so that even in later moments when the plot begins to let the game down, you still find yourself deeply invested in what is taking place because of how wonderfully realized and developed every character has become.

The story follows a young noble girl named Amicia and her younger brother Hugo as they travel across the French countryside looking for safety. An event very early in the story forces them to flee from their manor and subsist out in the wilderness. As the story progresses, little by little, it slowly sheds the wings of historical accuracy and moves into pure fantasy using The Crisis of the Late Middle Ages as a backdrop. Chief amongst these fantasy elements are the game’s plague rats. They exist here, as they did then, but these are different – monsters. “The Bite,” which is the moniker given to the plague, is literally the rats. The rats themselves are the personification of plague. The rats swarm to kill anyone who dares to venture into darkness and because darkness is so rampant, so too are the rats.

Something Borrowed
Plague Tale borrows integral parts from games of yesteryear (primarily The Last of Us) and packs it around its own survival puzzler. Frankly, it doesn’t own much that is original, but it also never feels wholly derivative. It simply utilizes its systems too well to feel copied. It’s not new, for instance, to have the protagonist collect items and use these items to craft other better items. But it still doesn’t mean it’s not incredibly intense to have to perform this quickly, in the heat of battle, whilst a knight is brandishing a sword and sprinting toward you.

And that is primarily the combat of the game. Each encounter generally presents you with a large arena of sorts. And each potential threat is eliminated systematically by using the rules the game teaches you along the way. The aforementioned rats also have a part to play. Again, borrowed but not derivative (think Dishonored), the rats can kill you, but they can also kill your enemies. So you can use them! The puzzle-play comes from making the determination of which threats can you take out with your sling, which ones you can use the environment, or rats, to eliminate, and how you clear the best way forward without also putting yourself (Amicia), Hugo, or your friends in danger.

Friends with Benefits
https://steamcommunity.com/sharedfiles/filedetails/?id=2108834394
Keeping Hugo, or other mates who accompany you, out of harm’s way is also part of the experience. Consistent with the game’s theming, all those who join Amicia on her quest are teenagers or children. They each bring unique attributes and skills and you’ll have the ability to issue commands utilizing those skills in real time. Some tagalongs can lockpick, some can break necks from stealth, they simply trade-off depending on what the game decides is the best talent needed for each level. Most of these commands will be issued from stealth too. Amicia is a teenage girl after all, don’t expect her to be sword fighting with a trained knight. Amicia must use her brain to advance, and so too does the player. Stealthing, crafting, puzzle solving your encounters, and the occasional quick stone fired from Amicia's sling is the entire game. And all of it meshes very well. The game is a lot of fun to play.

The main driving force of Plague Tale is its story. It’s the main attraction as much as anything else. And the result is mostly a success. Early in the tale, the game features solid exposition that never holds the player’s hand. It treats its audience intelligently, and assumes most people have some basic knowledge about European History, The Black Death, and The Inquisition. When the kids are on the run in the first half of the game, seeing the white X’s marked on doors, witch burnings, and death everywhere – there’s an authentic Ingmar Bergman vibe that almost feels apocalyptic. It really works. Unfortunately, the game trades Bergman for mediocre Spielberg as it moves forward...

A Better Villain Makes A Better Game
While all the featured characters are expertly crafted, the main antagonist leaves a lot to be desired. This villain is just so unflinchingly malevolent that there’s simply nowhere for his arc to go. He is so evil, and so devoid of any charisma or humanity, that it honestly borders on farce by the end. At points, it’s nearly laughable. And that’s a real shame. The villain’s role is that of the Grand Inquisitor who has hatched a scheme to use the plague for his own devices. His actual plan would be a spoiler so I won't reveal it here. On paper it's mostly okay, even if the evil-church thing is a little played out, but towards the later part of the story he’s essentially reduced to an evil wizard archetype. How did we get here? How did we stray so far from the core drama that made the earlier part of the narrative shine so bright? More honest moments of children in peril forced to make heartbreaking childhood-ending choices, and less wizardry, would have served the game better.

Don’t mistake my intent here, this is a damn good story by video game standards. It’s only because a bit of its full potential was squandered that it necessitated criticism. I simultaneously found the plot both good and lacking. But the real marvel here are the characters you spend most of your time with. Amicia, Hugo, and the rest of their gang are incredibly well-written and performed. The voice acting is top-notch. This combination, with a solid foundation of puzzles, stealthing, and action delivered pathos and catharsis in spades. It made me genuinely hate dying. In fact, a couple times when I sensed the inevitable “game over” screen coming, I would quickly reload so I didn’t have to watch it. Obviously, no one wants to see a child-character murdered – apparently that goes triple for ones that you feel this strongly for.

Conclusion
https://steamcommunity.com/sharedfiles/filedetails/?id=2108834029
A Plague Tale: Innocence is a solid action game that borrows from previous trailblazers without ever feeling too derivative. It’s a world where children are in danger, monsters are real, and hope is scarce. A narrative-driven experience that features fantastic characters (except its villain) and world-building. And while the game is ultimately a bit let down by an over-indulgent plot towards the finale, it never relinquishes its hold on basic human emotions.

Are you an empathetic gamer who likes a decent story? I know a game for you.

Additional Details:
Played on RTX 2080 Super (Ran @ 60fps in 1440p in highest settings without issue)
The game is beautiful, some of the best “cinematography” in gaming.
There isn’t a ton of replay value here, you’re here for a linear story.
Total Steam playtime is not accurate due to idling. Expect 10-13 hours of game time. 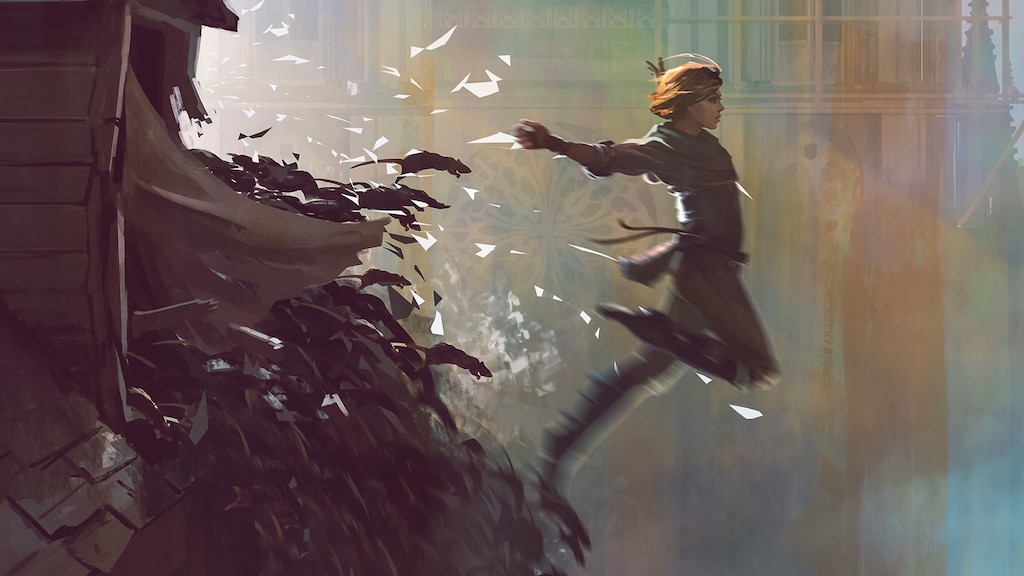 Recommended
13.0 hrs on record
Best game I've ever purchased. Incredibly involving story, stunning visuals, and characters with such well made personality, that you just cannot avoid falling in love or getting emotionally attached to. 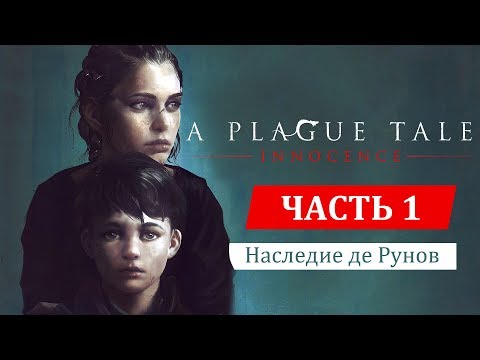 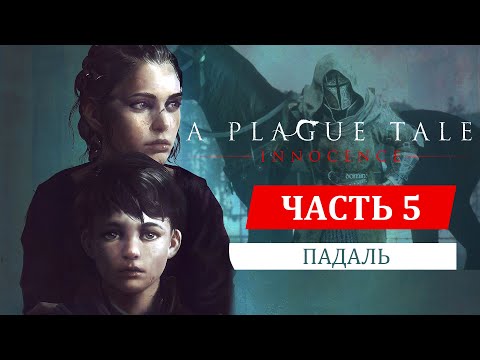 Recommended
8.8 hrs on record
I didn't enjoy the gameplay nor graphics... But the story was good. 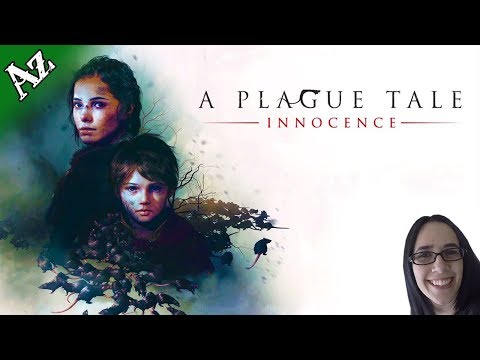 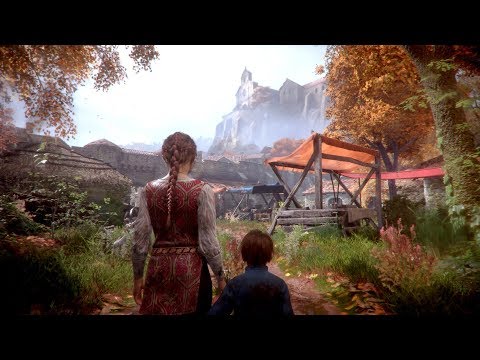 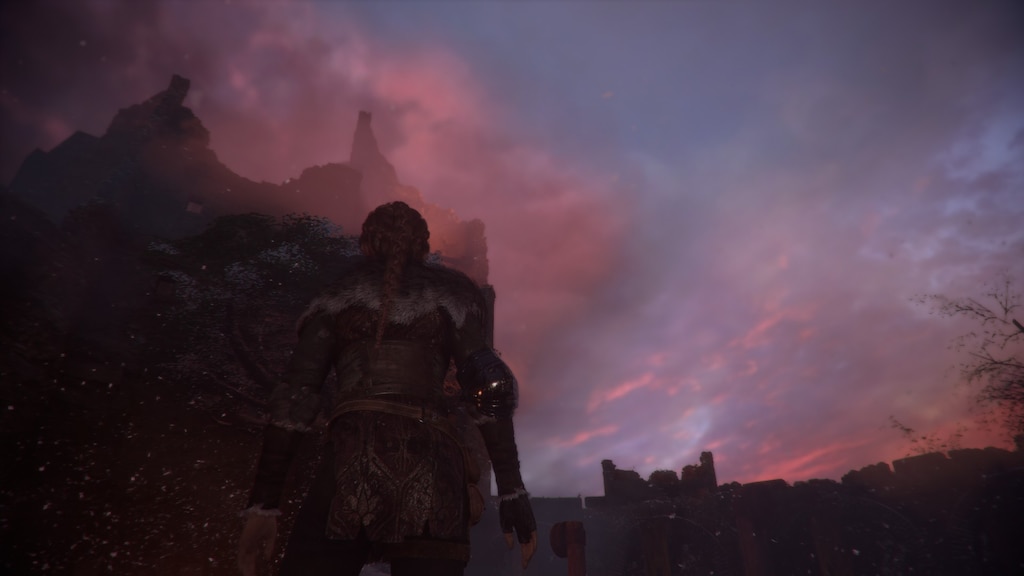 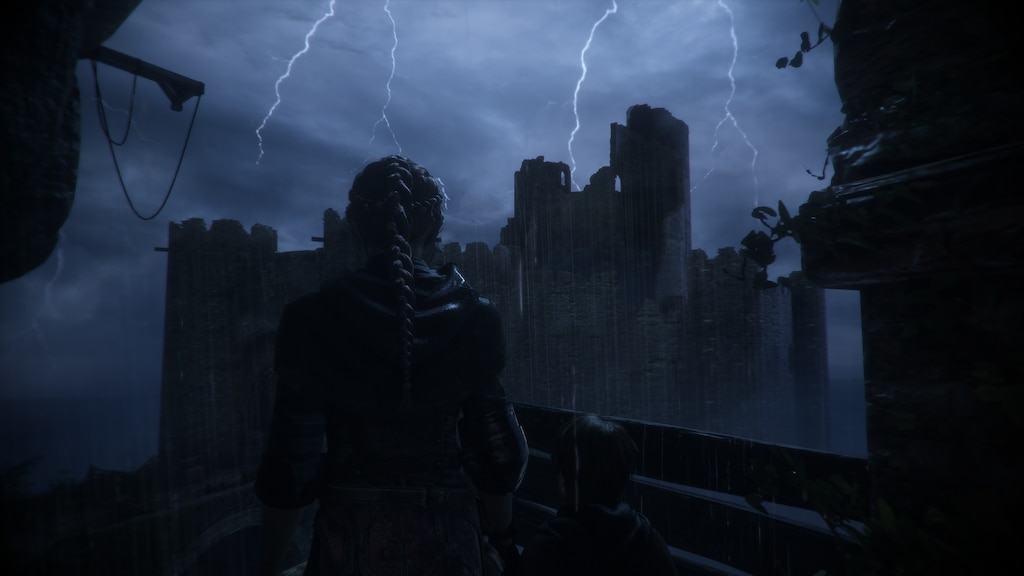 Not a toy anymore & Handfull of pockets achievement
5 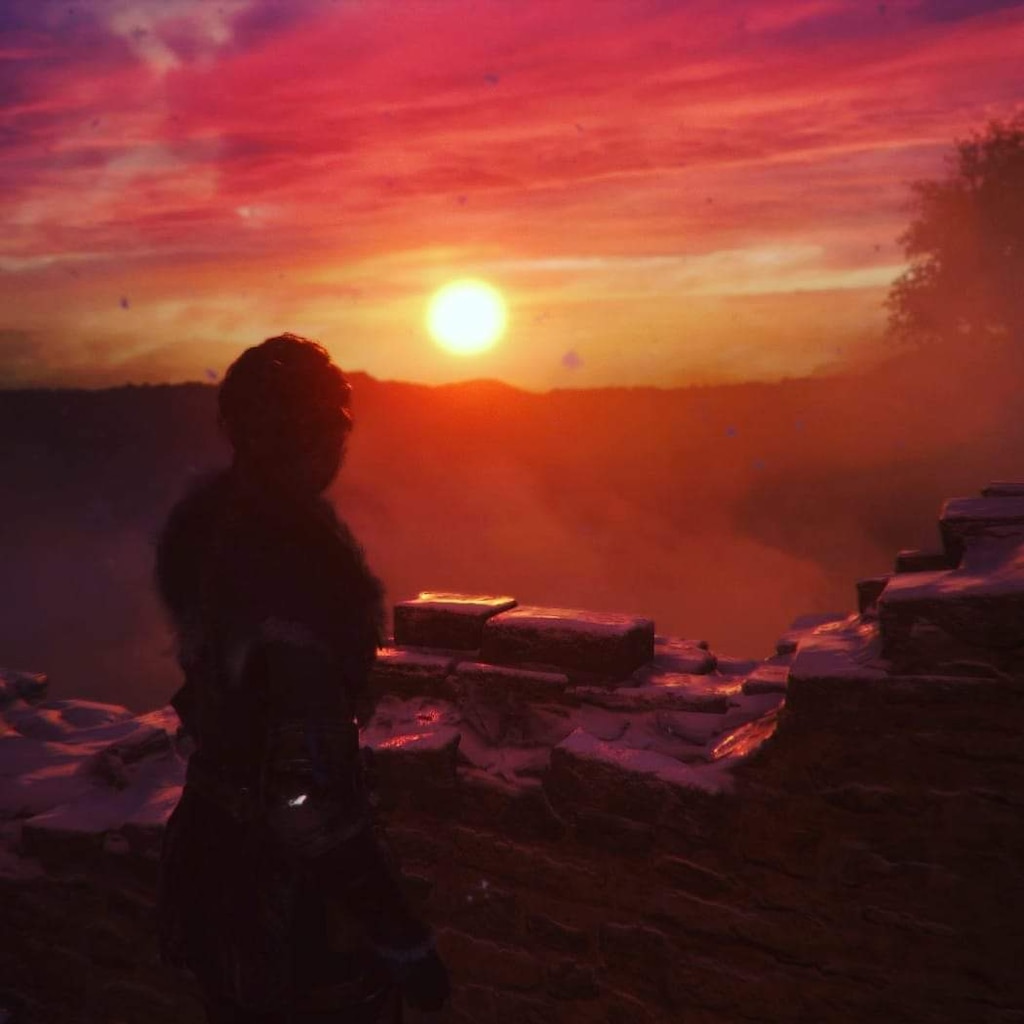 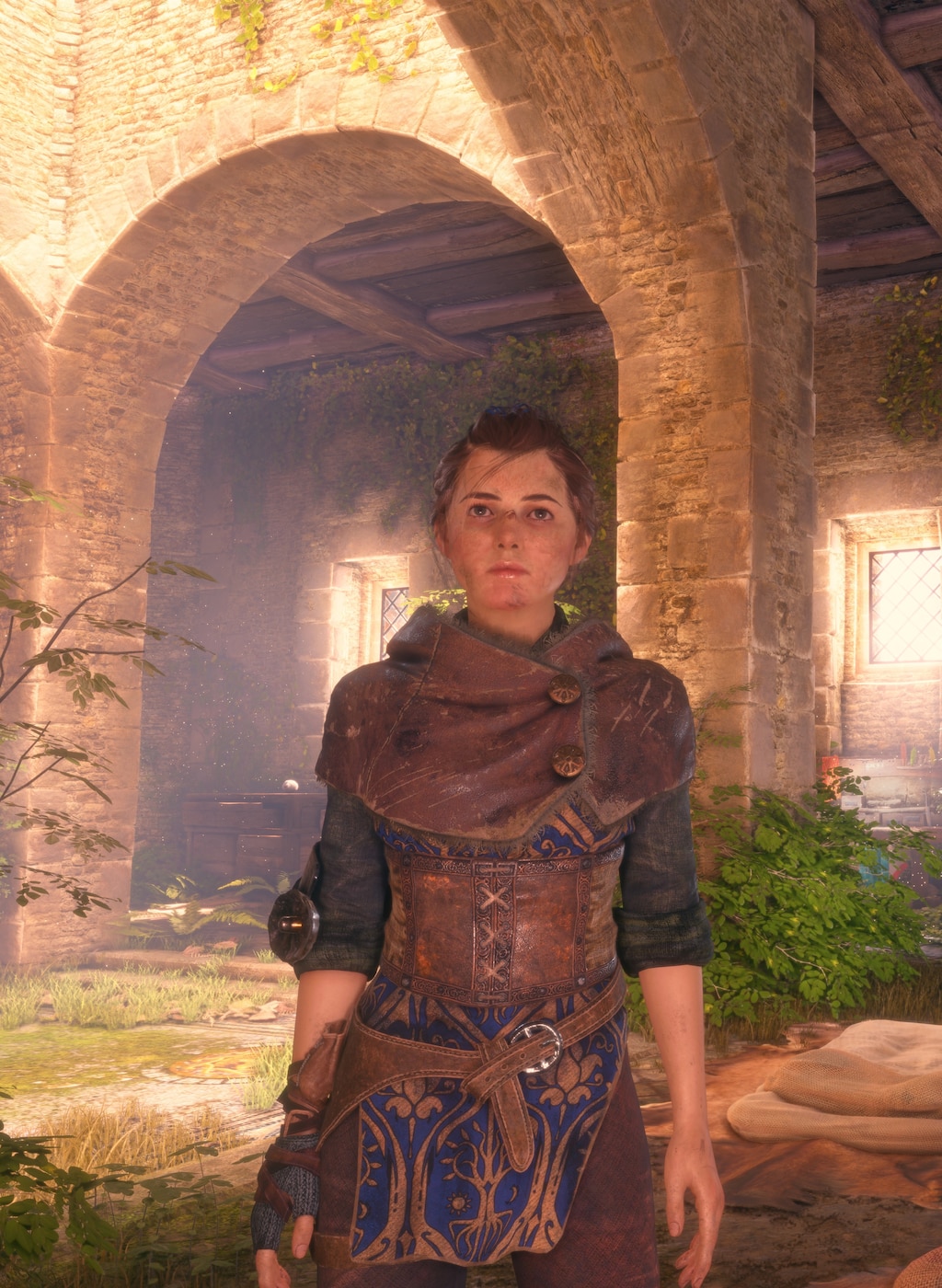 omar_201014
View artwork
I'm stuck again? this time I"m totally out of ideas.
I'm in chapter 7, I'm at the part with the crashed cart blocking the road in one direction, and a pool of rats in the road where I need to go. It will not let my use any of my equipment and there is nothing to do. I've searched the area for a half hour, ...
27