Nine distinct classes provide a broad range of tactical abilities and personalities. Constantly updated with new game modes, maps, equipment and, most importantly, hats!
Visit the Store Page
Most popular community and official content for the past week.  (?)
The thread of unpopular opinions
Heads up to all the new people checking out the thread Many people have been having issues with unsubscribing from the thread, and if you’re thinking of subbing, it’s probably better to just check it out first, make sure you really like it an...
373,534 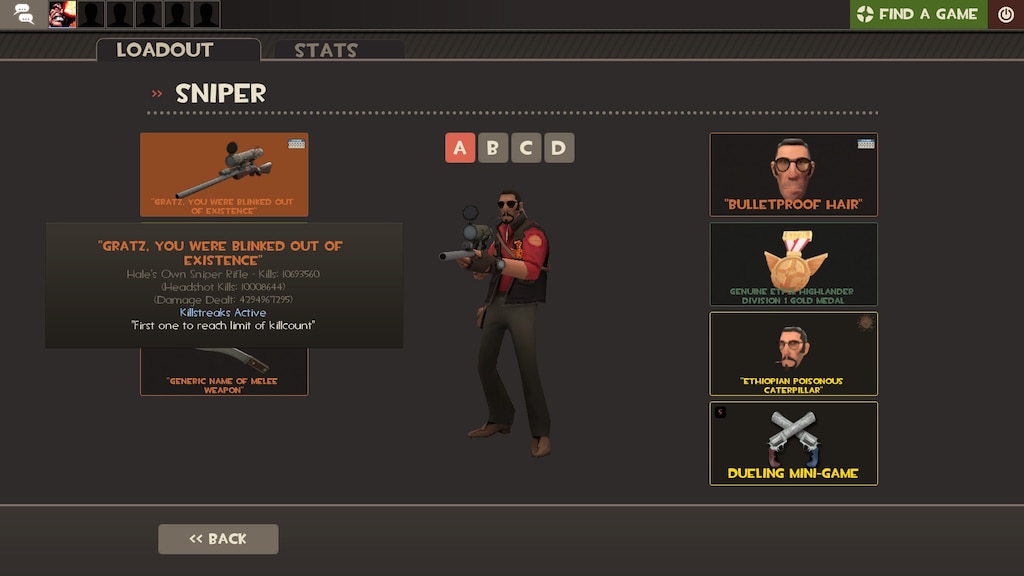 46
Ban
1,280
this is the maximum value of a 32-bit unsigned integer in computing , which means its a limit of what TF2 can show in a game on your weapon 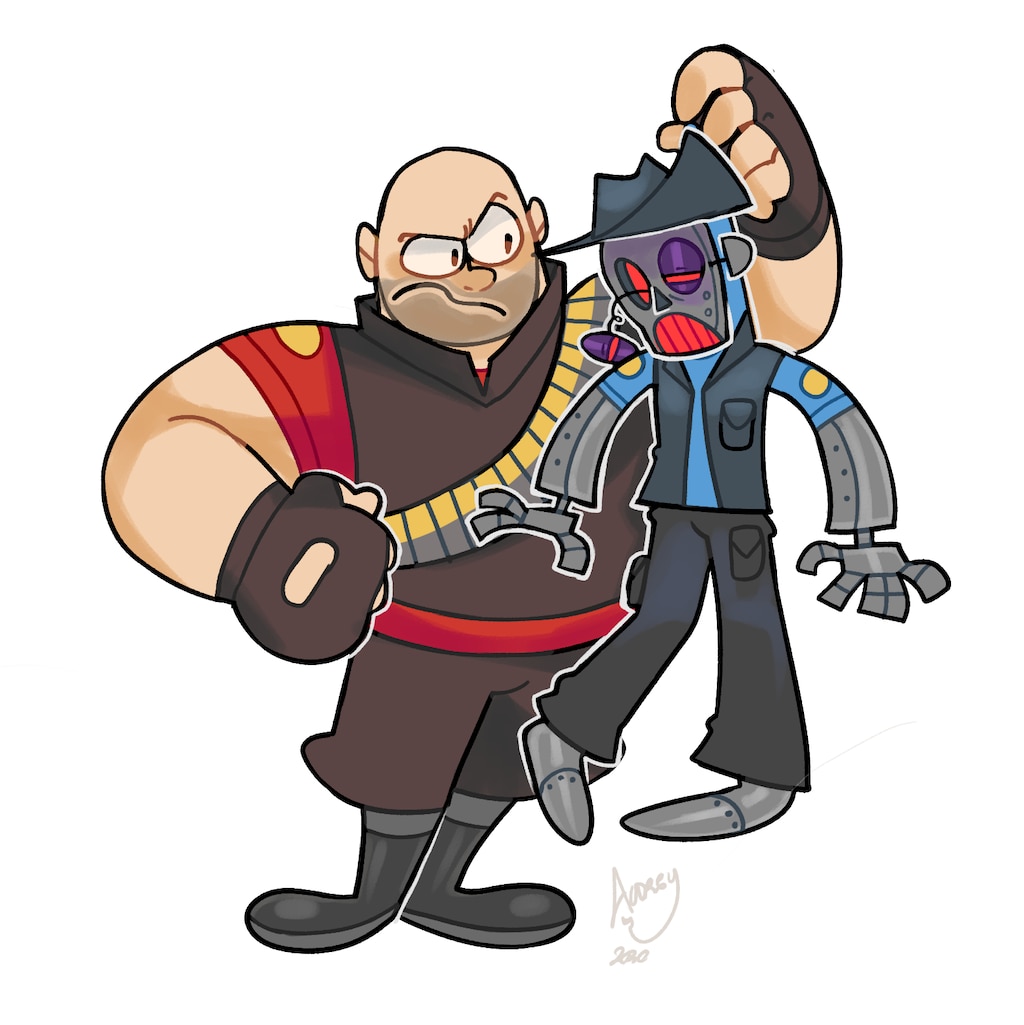 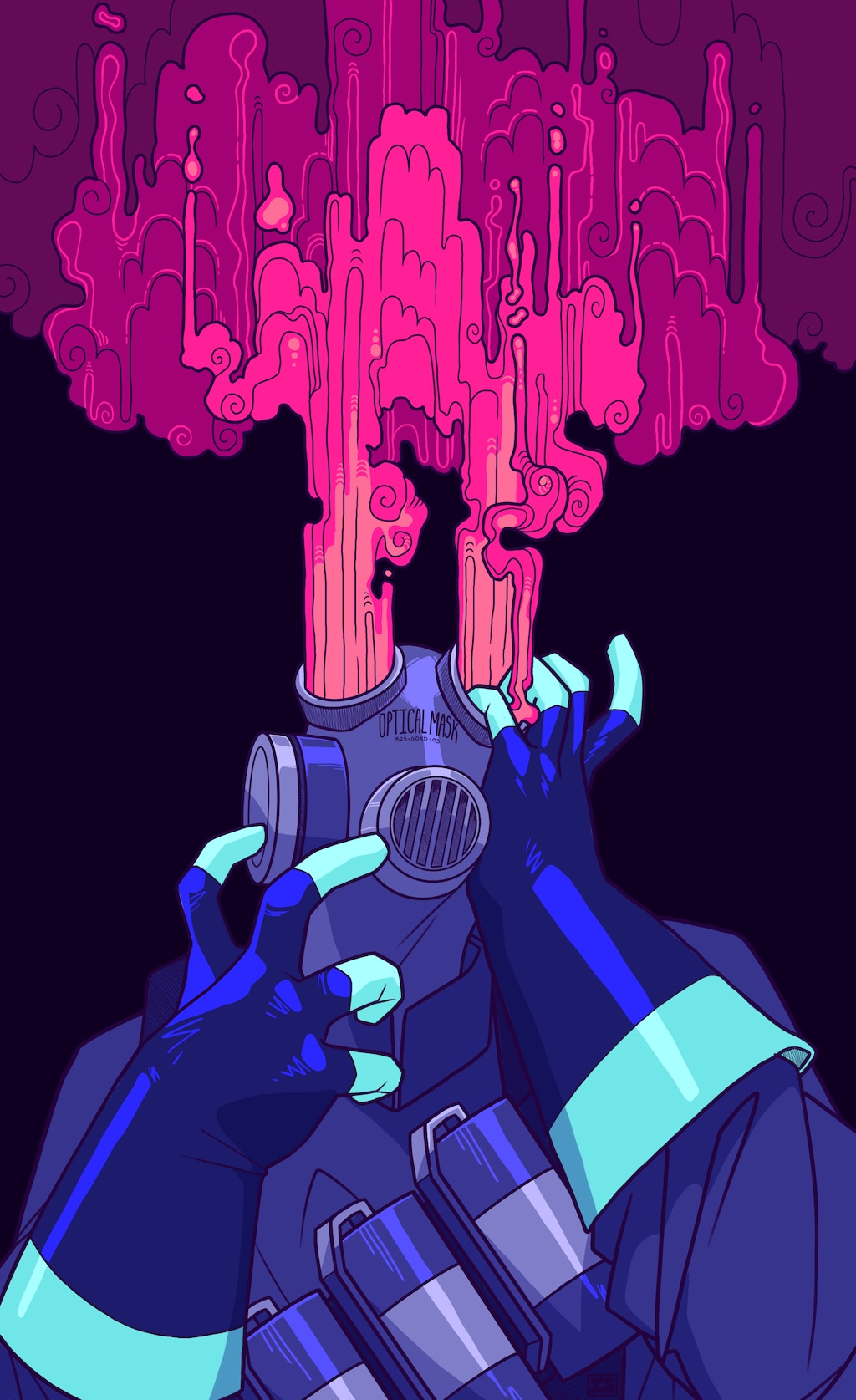 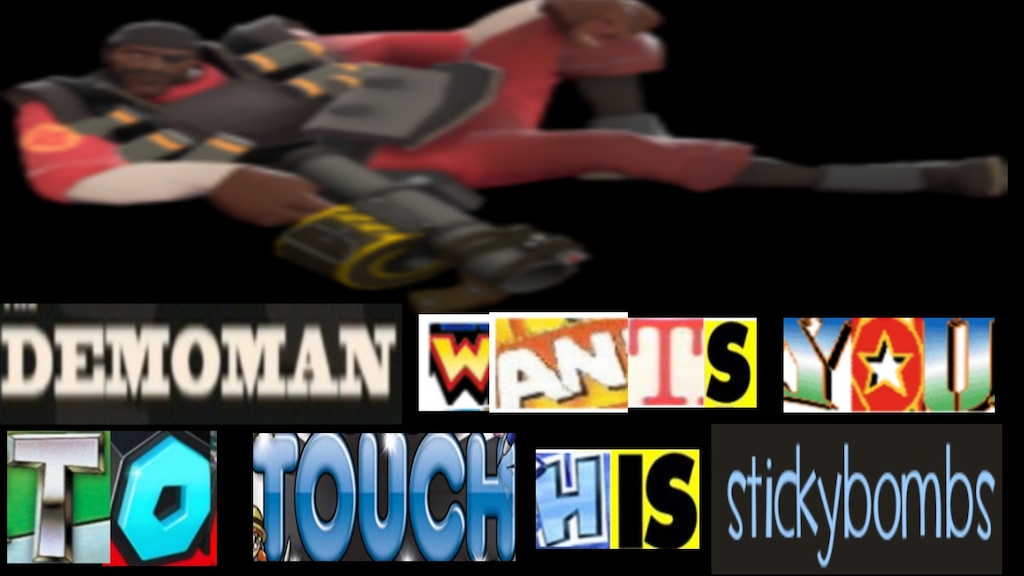 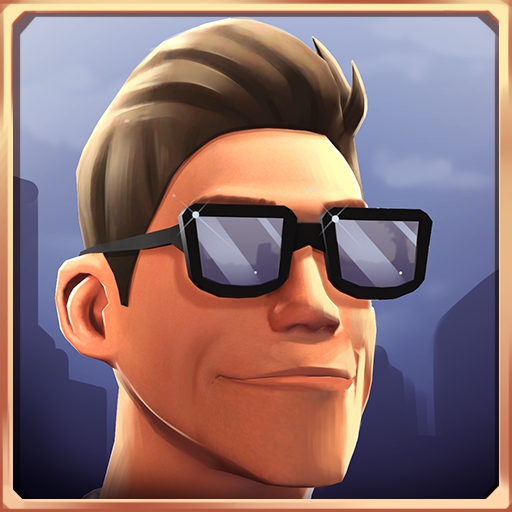 Awan™
View Steam Workshop items
ctf is the best game mode
most matches are steam rolls. ctf means it doesnt matter because no one caps, its the most fun game mode
9 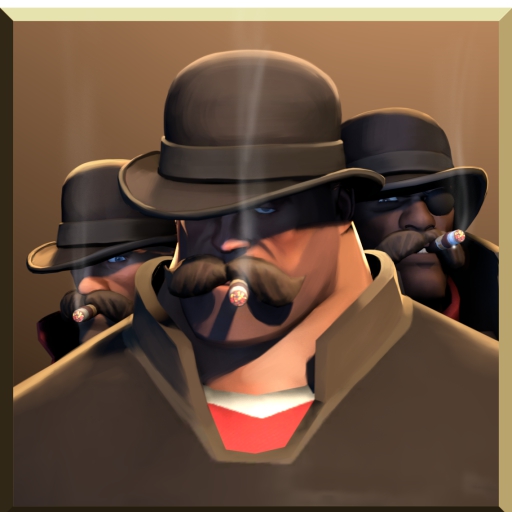 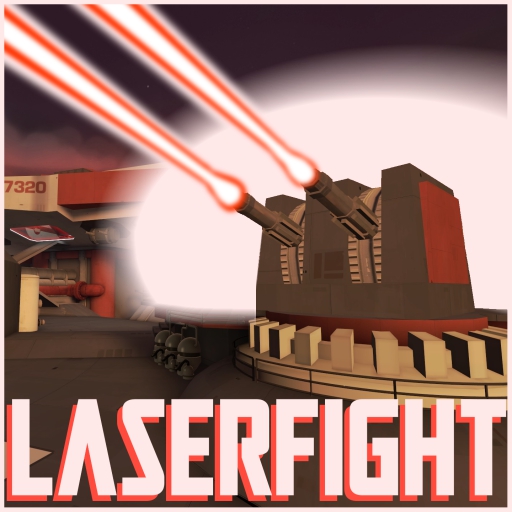 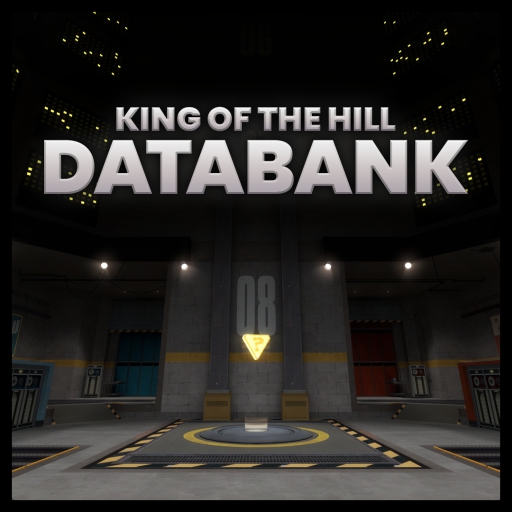 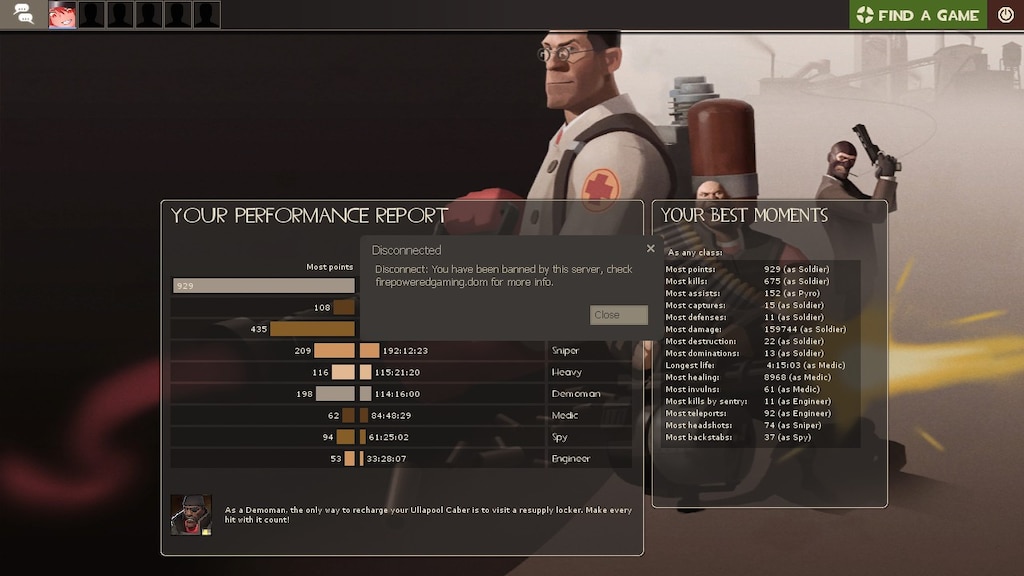 12
Ban
66
so I showed a few people a screenshot on the server that they removed my weapons over a name tag, this happened LOL

Not Recommended
1,877.6 hrs on record
Product received for free
This game is like a bottle of wine that got better with age, up until Valve forgot to seal the bottle correctly, left it on the kitchen counter for three years, and now all that's left is vinegar. 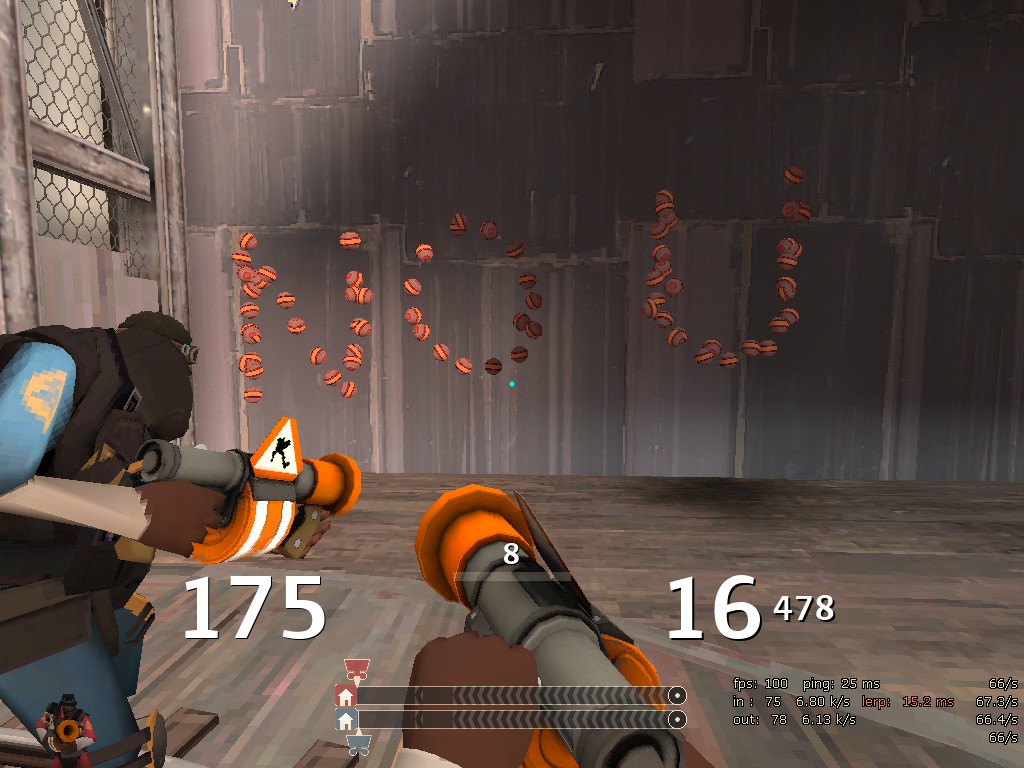 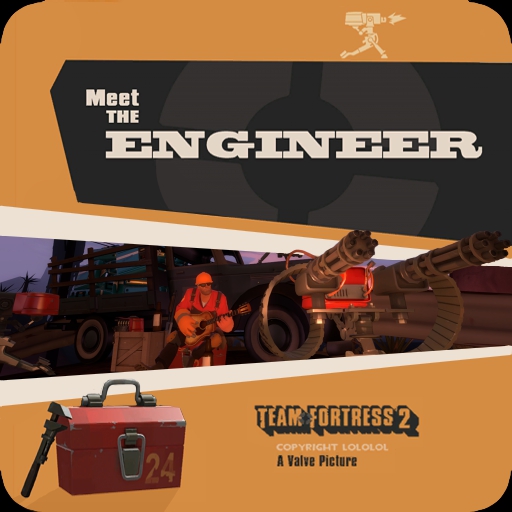 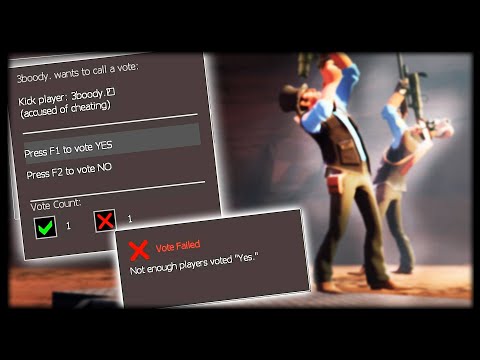 Recommended
2,011.0 hrs on record
Product received for free
As i reach the 2000 hour mark for tf2 i am finally ready to write my review, i was putting it off for this long as i wanted to show just how much time you can put into this game. tf2 has and will be my favorite game of all time, i can go on from the mechanics too the thousands of playstyles too the lovable characters we know and love so much, there are so many things that makes this game great and always makes me come back too it, really its a shame valve dont put the man power into tf2, atleast not as much as it deservers, i can not recommend this game enough, it has been my childhood, i will be putting alot more hours into tf2 as i always have, please if you havent tried tf2, do yourself a favor and give it a spin, its free, runs on most Pc`s and has a huge community. Hell maybe it will leave as big of an impact on you as it has on me. 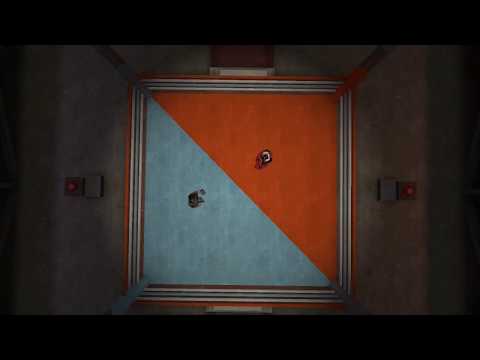 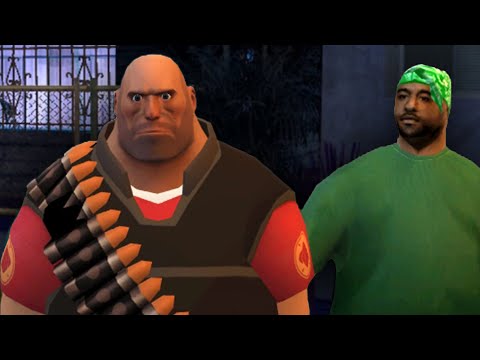 Recommended
99.7 hrs on record
This game is great and currently in a high state of popularity again. It is really fun, great characters, gameplay, etc. My ONLY issue with this game is the lack of attention Valve has given it over the years. I'm "new" to the game and I can already feel how Valve has left this community behind. For example, bots. There are some ridiculously sad people out there called aimbots who are using a software (or multiple) to join games playing as sniper (most of the time) to instantly one-shot headshot players giving them unfair advantages, and they usually steal a players name who is in the game already, spam chat or voice chat with profane immature content which can go as far as racism. It wouldn't be a big issue if it was occasionally one or two of them but instead its probably 500+ aimbotters everyday. Thats what it feels like anyway. Around 7/10 casual public matches are filled with these people who's goal is to make the game as unfun as possible, and probably to get back at Valve, who won't take care of their game. It's a fault at both sides and people like me are stuck in the middleground, making me question if I want to continue the game.

To get around this issue, I'd recommend playing Community servers. However you dont get any progress from these servers, which is upsetting to me since I'm "new" and want a little boost to my rankings. Another issue is, due to the aimbots, people can't tell if people are hacking, or just really good at the game. Resulting in good players being punished for being good and hackers getting away with hacking. Valve has their VAC security system but it seems outdated if it's so easy for players like this to sneak by so easily. Tf2 is free to play which is good but also bad for the fact that aimbots, if banned from steam, they can just make a new account with their new email and rejoin in a click. And you can't vote to kick these people in your game because once you issue a vote, their bot registers it and leaves before the kick can activate, allowing them to come back.

My suggestion to help decrease these bots is to make tf2 not free to play anymore. Yes, that is sad and probably not very good for Valve's economy, but simply charging $0.99 or so to play will be enough to dry out aimbotters if they want to continue installing the game on multiple accounts. The only issue I can see with this is Game sharing, but if the main account gets banned then I would believe that solves that issue. I don't want Valve to go banning anyone who they THINK is hacking however. Bans need a lot of confirming to initiate.

Otherwise from this war against aimbotters, the game is really really fun to play. A new update would be nice for the game, but it's good enough as it is... But please try to get rid of these people who are hurting your game in such a large Boom of popularity Tf2 is currently in. Thanks for reading my pitiful rant/review! 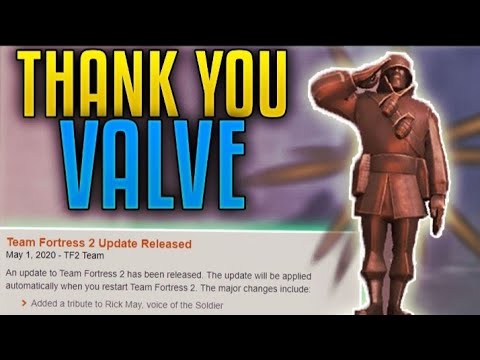 1
16
Thanks Valve! Rest in Peace Rick! You Were Good Son, Real Good Maybe even the best.

enochian man
View all guides
STOP TALKING ABOUT THE RIOTS
they're not related to tf2 stop talking about it!!!
16

Only thing that isn't too good is my crossbow aim.
30